It's only a week till graduation and everyone is happy about their "what to do in the future" But in a wink of an eye, everything turned the other way around when they met a student named Reita from 2-D; a student who transferred from Ara High. Kazama and Kuraki lost their job later on because of recession, according to the company. 3-D got suspended for picking a fight on 2-D and the class is falling apart. Later on, Reita is in trouble; 3-D seeing their previous self on him went through a big commotion to save him. On the other hand, Yamguchi Kumiko is to make the farewell speech but if she wants to save her student, surely she will not make it. Will the 3-D graduate? Will she be able to deliver her speech?-asianmediawiki 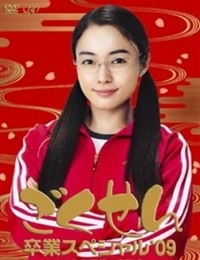