Byun Jae-wook is a short-tempered prosecutor with a propensity for violence, famous for his tough investigations and who only pursues the truth. When a suspect under his interrogation is found dead, Jae-Wook is arrested, falsely accused of murder and imprisoned for 15 years . While in jail, he plans out his revenge mission and finds the most talented criminals in the ward to help him out. Five years later, Byun Jae-Wook meets good-looking, brilliant con artist and schemer Chi-Won in prison. Feeling he could carry out his plan outside of prison, Jae-Wook gets Chi-Won acquitted, using his knowledge as a former prosecutor. Byun Jae-Wook’s ragtag team of ex-cons will now enact a revenge plan against the organization that framed him. 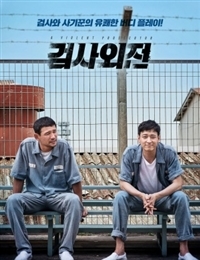