Bright and early one Monday morning, Shino Yuzuru asks Seryou Touji out on a lark when they run into each other at the school gate. Seryou, who's immensely popular, has the odd habit of going out with anyone who asks him out first at the beginning of the week, then promptly dumping them at the end of it. "Anyone" apparently includes male upperclassmen like Shino, and as a boyfriend, Seryou is perfect--unfailingly thoughtful and kind. Shino, obviously, has no intention of being in a serious relationship with Seryou. 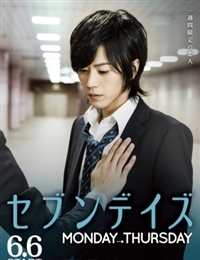