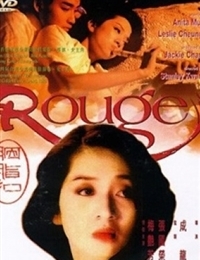 Irene Wan Bik-ha is a Hong Kong film actress.
She was nominated for the Hong Kong Film Award for Best New Performer at the 2nd Hong Kong Film Awards for her role in Lonely Fifteen.[1]
She gained notice for her beauty and remarkable performance in Everlasting Love (1983), co-starring with Andy Lau and Loletta Lee, when she was only 17 years old. Later, she also gave impressive performances in Stanley Kwan's Love unto Waste (1986) and Rouge (1987).
However, in the 1990s, her film career sputtered and she agreed to star in All of a Sudden (1996), which would be her first, and only, time appearing nude in a movie. However, this move failed to ignite her career and she later went on to star in various TVB dramas.