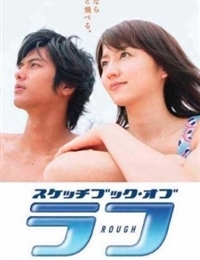 Takahashi made her acting debut in 2004, playing the role of Amano Sora in TV Asahi's Sky High 2. In 2005 she made her film debut as Fumie Hayashida in Simsons. Since her debut Takahashi has worked with many prominent directors; playing Kawahime, the River Princess, in Takashi Miike's horror-fantasy children's film Yokai Daisenso (released in the U.S. in 2006 as The Great Yokai War.) She also appeared in Sion Sono's 2005 film Kimyo na Sakasu (Strange Circus), Yoshihiro Nakamura's Busu (The Booth, 2005), and in Hitoshi Yazaki's 2006 film Strawberry Shortcakes. In 2008, she appeared in the live action film of Pyū to Fuku! Jaguar.
She has also voiced the characters Yuri Kishida, Kanae and Ryuuko Tagawa in the 2006 videogame Siren 2, and played 'The girl in red' in the movie adaption of the game Siren, in the same year.
Along with her acting career Mai Takahashi has also appeared in magazines, and has also released two photobook's..