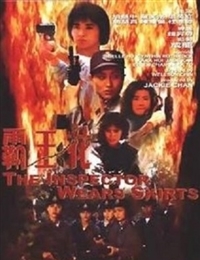 Cynthia Rothrock is an American martial artist and actress specializing in martial arts films.
Northern California was her home in 1983 where she worked with the West Coast Demonstration Team. At this time Golden Harvest was searching in Los Angeles for the next Bruce Lee. Rothrock's forms and maneuvers were observed and Golden Harvest signed a contract with her. It was two years (1985) later that she made her first martial arts movie for them, Yes, Madam (also known as Police Assassins or In the Line of Duty Part 2) which also starred Michelle Yeoh. It proved to be a box office success. She ended up staying in Hong Kong until 1988 doing seven films there.
Rothrock became one of the few Caucasian performers to achieve genuine stardom in the local Hong Kong film industry before achieving success in their own country. Producer Pierre David initiated Rothrock's move to the American turf. David offered her a costarring role with Chad McQueen in Martial Law, Rothrock's first U.S. production. For the next ten years she led a successful career in B-grade action movies. Her films include China O'Brien and China O'Brien 2, Guardian Angel, Honor & Glory, No Retreat, No Surrender 2 and Prince of the Sun amongst a roster of thirty films.
Rothrock also appeared as Bertha Jo in the 1997 television film The Dukes of Hazzard: Reunion. She was an inspiration for the video game character Sonya Blade from the Mortal Kombat series and lent her voice on the animated series Eek the Cat.
Rothrock's final movie was the 2004 film Xtreme Fighter (aka Sci-Fighter) where she played Sally Kirk / The White Dragon.
After Xtreme Fighter, Rothrock retired from acting at the age of 47, and teaches private martial arts lessons at her martial arts studio in Studio City, California.
Rothrock returned to acting in 2012 with a role in the family film Santa's Summer House, with other films anticipated for 2013 and 2014.