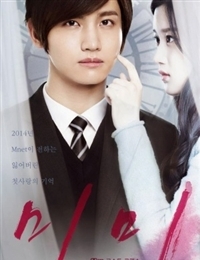 Shim Changmin, also known by his stage name Max Changmin, is a Korean singer, songwriter, model and occasional actor best known as the youngest member of South Korean boyband, TVXQ. He is managed under music labels SM Entertainment in South Korea and Avex Trax in Japan. He is the first Korean to be nominated for the Hochi Film Awards in Japan for his role in Fly With the Gold.