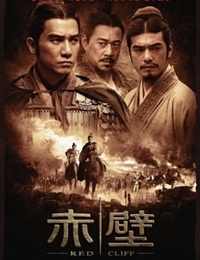 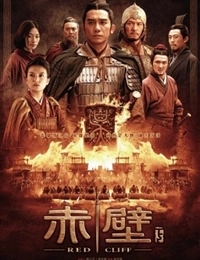 Lin Chi-ling (Chinese: 林志玲; pinyin: LÃ­n ZhÃ¬lÃ­ng; Pe̍h-ōe-jī: LÃ­m JÃ®-LÃ©ng - born 29 November 1974, in Taipei, Taiwan), is a Taiwanese model and actress. Famed for her gentle demeanor and physical beauty, Lin has been referred to as "The First Face of Taiwan" by members of the Taiwanese media, and has been an official spokesperson for both China Airlines and Longines since 2006. Lin's meteoric rise to fame caused Taiwanese commentators and scholars to coin the phrase "The Lin Chi-Ling Phenomenon."
Lin's father, Lin Fan-nan and her mother, Wu Tzu-mei, are both from Tainan, in southern Taiwan. Following their marriage, they moved to Taipei where Lin and her elder brother Lin Chi-hong were born. Lin attended Taipei Municipal Zhongzheng Junior High School and at the age of 15 was discovered by model talent scout Lin Chien-huan. She later attended Bishop Strachan School in Toronto, Canada, then attended the University of Toronto until 1997 when she completed a bachelor's degree, double-majoring in Western art history and economics.
After graduating from university, Lin returned to Taiwan. She intended to pursue a career in fine art and sought a position at the Taipei Fine Arts Museum, but was turned away because she lacked a postgraduate degree in the field. Lin continued doing part-time modeling work before leaving the business and working for a time as an administrative assistant for the Fubon Cultural and Educational Foundation. In 2000, Lin left Fubon and spent three months studying in Japan, then returned to Taiwan and began modeling with Catwalk Production House.
n 2002, Lin was invited to model in a television advertisement in Hong Kong. The advertisement received attention and discussion on the internet, and interest in Lin began to grow. The following year, noted television producer Ge Hongfu offered Lin a position as hostess of a fashion program on Shanghai Oriental Television. In 2004, Lin starred in a broad series of advertisements in Taiwan that included giant building-size posters, billboards, and television commercials. Almost overnight, Lin skyrocketed to national fame and became an instant celebrity model. Her rise to fame initiated a Taiwanese craze for supermodels, an effect commentators named "The Lin Chi-ling Phenomenon".
Lin's popularity grew throughout the rest of 2004 as she began modeling in Hong Kong and Mainland Chinese advertisements, and continued when she began doing Japanese advertisements in 2005. From 2004 to 2006, Lin served as Taiwan's goodwill ambassador to the Japan Tourism Association. On August 8, 2005, Lin was in Dalian, China, shooting an advertisement for Proctor and Gamble home products when she fell from the back of a horse she was riding and was inadvertently trampled. Workers rushed Lin to a nearby hospital where doctors discovered that she had suffered 6 broken ribs, a punctured left lung, and an accumulation of blood in the pleural cavity. Lin underwent four months of treatment and therapy, and announced in November 2005 that she had completely recovered.
Lin has had numerous roles in television over her time as a model, being the host of TVBS-G LA Mode News, TVBS-G Fashion Track,the Golden Melody Awards and the Top Chinese Music Chart Awards in 2005.
Lin starred as one of the three female leads in the 2010 Fuji TV Japanese television drama Tsuki no Koibito. The male lead is popular actor Takuya Kimura.
Lin has made her film dÃ©but role in a historical epic directed by John Woo entitled Red Cliff. Playing the role of Xiaoqiao, it was her first time acting ever. In 2009, she starred together with Jay Chou in the action-adventure film The Treasure Hunter.
[Wikipedia]