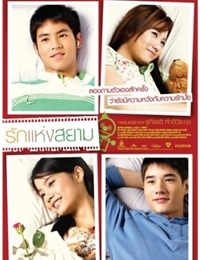 The Love of Siam

Name: Hiranyawongkul Witwisit
Native name: พิช-วิชญ์วิสิฐ หิรัญวงษ์กุล’
Nationality: Thai
Gender: Male
Born: July 20, 1989
Witwisit Hiranyawongkul, popularly nicknamed "Phit" (Thai: พิช, also written "Pitch" or "Pchy"), was born and raised in Chiang Mai, Thailand.
He attended a Catholic school Montfort College at an early age and spent 12 years there. A talented singer, Phit was the lead singer in his high school band. Music has always been a big part of his life. Phit enjoys hip hop, R&B, gospel and soul music. He plays the piano and composes music in his free time.
Besides music, Witwisit is also a fan of the Japanese manga series Nodame Cantabile and Lomography.[citation needed] He brought his camera to the set of The Love of Siam.
Phit attended Montfort College, a prestigious school in Chiang Mai. He entered the Thai entertainment business at the age of 17 while he was still in grade 12. He was discovered in his hometown by Chukiat Sakweerakul, writer and director of The Love of Siam. Chukiat is an alumnus of Montfort College and met Pitch because of their common music interests.
At his 12th grade, Phit decided that he would major in Communications at University. In one interview, he expressed, "I like to write and tell stories, my friends always tell me they enjoy reading what I write." He was admitted to the Faculty of Communications, Chiang Mai University.
He declined the offer because he had already started filming The Love of Siam at that time and knew that if he wanted to continue being in the entertainment business, he would have to move to Bangkok. Later, he was admitted to the Faculty of Journalism and Mass Communications, Thammasat University, Bangkok. He started his first year of university around mid 2007 and concentrated on film/screen writing, he graduated on 2011.