“Yae no Sakura” will tell the story of Niijima Yae, also known as Yamamoto Yaeko, who was born into the Aizu Domain during the late Edo period. Skilled in gunnery, she helped defend Aizu during the Boshin War, earning her the nickname of the “Bakumatsu Joan of Arc.” After the war, she married educator Joseph Hardy Neesima (Niijima Jo) and became a Christian, and she helped Neesima found Doshisha University. 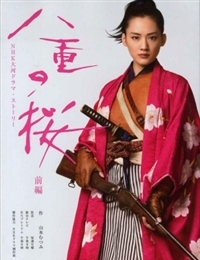