Ichikawa Yasuo, who goes by the nickname Yasu, is a ‘dumb’ man unequalled anywhere in the world. He has not had schooling, is boorish and would immediately let his fists fly if he loses his cool. But Yasu is different from the ordinary fool in that he is a “doting parent”. He grew up without parents and does not knows what it is like to be close, but he and his wife love each other and live happily as they watch their son Akira grow up. However, when Akira is 3 years old, they are suddenly struck by tragedy. Yasu loses his wife in a freak accident. Although overcome with guilt and sorrow, Yasu puts it behind him and tries to raise his beloved son with the help of his friends 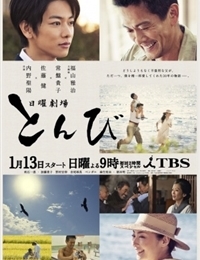