The Wrath Of Vajra

In the 1930s, before the Western powers entered World War II, a Japanese death cult called the Temple of Hades is ordered to work alongside the military to aid in the spiritual destruction of China. The elite warriors belive that the war can be won without the use of man-made weapons. They buy young children from impoverished parents and train them in martial arts to be assassins serving the Japanese Empire. When he was 8 years old, Vajrasattva was among the children sold to the Temple of Hades. Forced by his captors to fight for food, he accidentally caused the death of his brother. He made a secret oath to take revenge. Many years later, and now the greatest assassin in the temple, he escapes to China and joins the Southern Shaolin Temple, where he receives spiritual enlightenment and vows to protect his own country against the Japanese. 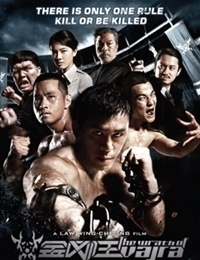