Yoon Young Hwa is a former popular TV anchorman, but due to an unsavory incident, he works now as a radio show host. One day, a listener calls in to the radio program and states that "I will blow up the Mapodaegyo Bridge." At first, the call is taken as a joke, but soon they realize it is real. The incident is then broadcast live on TV for the next 90 minutes. Yoon Young Hwa believes this incident is his chance to get back to being an anchorman. The situation quickly turns worse. 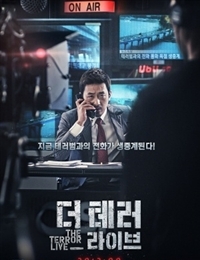