Tock has a lot to live up to. Not only is he named after Thailand's legendary comedian 'Lor Tock', but he also is a descendant of a long lineage of comedians within his family.There's one problem though: Tock just isn't funny - and his father is starting to realize this. With big shoes to fill/high expectations, Tock struggles to come up with new gags/jokes in attempt to earn his father's respect. With all this pressure/stress, Tock develops pimples. Afraid of acne, he consults dermatologist, Dr. Ice, whom he falls in love at first sight with. Interestingly, she is not only beautiful and smart, but could actually be the first person to think that Tock is funny. 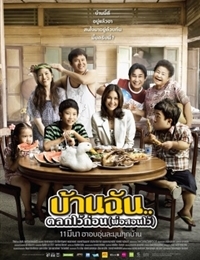