'The Iron Empress' is the granddaughter of Wang Gun, the first emperor of Goryeo. She has inherited her grandfatherÂ´s vision as well as his Great Spirit. The empress fights against the enemies trying to collapse Goryeo, and called as 'The Iron Empress' who gets rid of her brother, son, and even her lover, for the good of the empire. 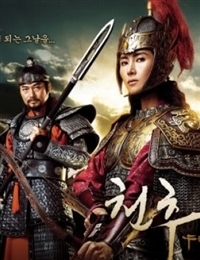