It is late 1598, shortly before the Battle of Noryang, the final confrontation of the Imjin War. The renmants of the Japanese invasion force are desperate to go home, but are also driven by personal motivation to beat their greatest adversary, Admiral Yi Sun-shin, once and for all. Self-serving Ming generals and Joseon officials also fear Yi's growing popularity and its impact on their personal base of power. These incidentally combining ambitions fan King Seonjo's paranoia and make him eventually fear that Yi might come after his throne, and after a series of what he calls acts of high treason he decides to have Yi arrested. Yi, on the other hand, is determined to teach the Japanese a lesson for the atrocities they committed on the Korean people, and despite orders to remain quiet while the Japanese are to pull out without anymore bloodshed, he rallies his naval force and prepares for the upcoming battle. the battle commences and the Japanese are dealt a crippling blow, but Yi is fatally wounded by an arquebuse bullet. As he lays dying, the plot backtracks important stations of Yi's life, from his boyhood to his military career, his disgrace at the hands of his king and his reinstatement, back to the battle of Noryang, where he succumbs to his wound just as victory is declared. 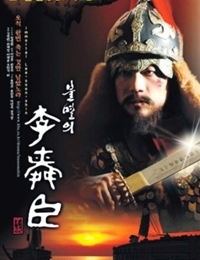