Set during the Manchurian-ruled Qing Dynasty, The Guillotines tells the story of a secret assassination squad, known as the Guillotines, who find their loyalty to the emperor tested when they discover that the emperor has ordered another team of assassins to carry out the same mission. Similar to the Brocade-Clad Guards (Jinyi Wei) of the Ming Dynasty, the Guillotines were bound to serve only the emperor. With the flying guillotine as their weapon of choice, they fulfill their missions by decapitating their targets. Once heavily favored by Emperor Yongzheng, the Guillotines were deemed expendable after the ascent of Emperor Qianlong to the throne. In the midst of betrayal, bloody violence, and torture, the Guillotines fight for their own survival. 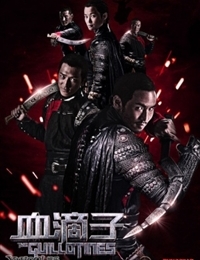