Seira was raised in India, but she is sent back to Japan to continue her education at an affluent boarding high school. Although she has lived in luxury, the well-bred Seira is kind and generous, earning her many friends at the school. One person who dislikes Seira is the school's director, though she treats Seira well due to the father's fortune. Then, during Seira's 16th birthday party, the director informs her that her father has died, leaving her penniless. As a result, she is forced to work as a servant in order to pay off her school bills. 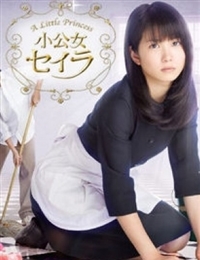