Qin Zi Qi is a MBA graduate who has everything handed to him because he is the future successor of Jingshi Department Store. However, his father worries he will not make a good manager and decides to train him by having him work as an entry-level employee for a year. During the year he has to live on his own salary and never reveal his true identity, or he will have to renounce his succession right. Qin could not have survived the year has it not been for Shen Xing Reng's office survival guide. Shen is a Jingshi marketing specialist who has just saved her first $100,000 for the down payment on a house. She works very hard to achieve her goal. Together, Shen and Qin accomplish the impossible, which is to shine on the bottom of the office pyramid. 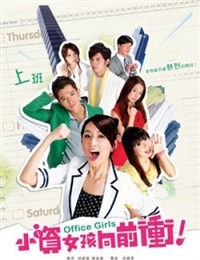