Other name: Watashi Wo Hanasanaide

Hoshina Kyoko, Doi Tomohiko and Sakai Miwa have been leading ordinary lives working as adults. Raised at Yoko Gakuen which was isolated from the world and located on the mountain, the three of them enjoyed child-like lives and education and were supposed to be normal children. One day, they were told by their principal Kamikawa Emiko that they are special children who have been given a “mission” from birth and were informed of their “true destiny”. The three are actual clones and they were produced for eventual organ harvesting. 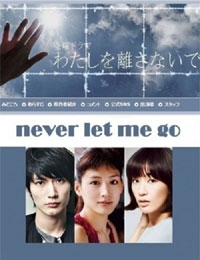