Other name: Why Can't Seiya Todoin, 16-Year-Old, Get A Girlfriend?

No matter how hard he thinks about it, Todoin Seiya cannot figure out why he doesn’t have a girlfriend in his 16 year lifespan. Physically attractive, naturally smart, athletic and, on top of that, comes from a wealthy and politically significant family. And it’s not like he hasn’t tried either; but every girl he asks out flat out rejects him. Seiya sets a goal for himself to get a girlfriend by the time high school ends and rejection isn’t going to stop him from trying again. But it sure is heartbreaking when you get rejected this many times without knowing why. (Summary from MangaHelpers) 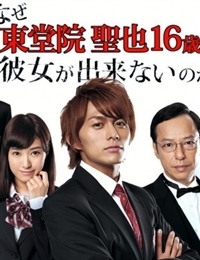