Wealthy plastic surgeon Gong Ki Tae is a successful and happy bachelor who does not want to find himself a wife. He believes that his life is perfectly planned, and being single is the only option he accept. However, his family is badgering him to marry. In an effort to get his parents off his back about the constant string of blind dates and marriage prospects, Ki Tae purposely brings Joo Jang Mi home to meet his parents posing as his girlfriend, certain that they'll never approve of her. 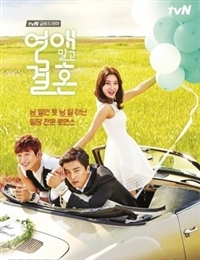