Su Huan Er got a bad feeling when Shi Wu Ji agreed to marry to her. He, his two brothers and his sister hated her father with a passion. But if they thought they can torture her to settle bad blood, they got another think coming. Shi Wu Hen was only a stand-in groom at the wedding, yet he was charmed by the new bride's cheery disposition and unbeatable optimism. This created a problem because she was his brother's wife, not his. So when his brother's long lost betrothed fiancée, Liang Yu Shi, showed up at their door, he stepped in to honor the families' agreement. What he thought was a marriage of obligation turned into a heartbreaking love affair in which he was willing to risk his family's lives to save hers. Shi Wu Jie was the youngest and the most passionate of the three brothers. When he met Qin Qiu Yu, it was love at first sight. His family, however, strongly opposed to their relationship because she was a courtesan unworthy of his station. He, in turn, decided to follow her to end of earth than to leave her. Shi Wu Xia only had eyes for Leng Gang. She didn't care that he was a servant's son. Yet, the difference in their social status was a gulf he was unwilling and unable to cross. She recruited the unconventional Su Huan Er to help change Leng Gang's thinking. (Aired on JSTV.) 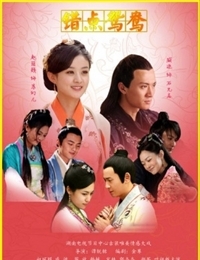