Ae-Ra is focused on her appearance as she believes it will lead her to a better life. She then meets Jung-Woo who studied engineering. They eventually get married, but they also get divorced. After their divorce, Ae-Ra goes through difficult times. Unlike Ae-Ra though, Jung-Woo becomes a successful IT developer and very wealthy. Ae-Ra then enters Jung-Woo's company in order to get back at him. 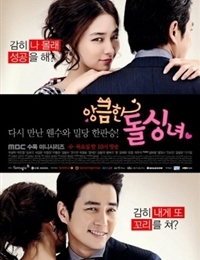