Based on the RPG game The Legend of Sword and Fairy 5, this story is about the prince of demon kingdom Jiang Yun Fan being left in the human world. When he meets a couple of friends, he realizes the importance of friendship and love with humans and fairies, but his father, the king, is going to be killed by the fairies to release his demon power. Will he choose his father, or his lover and his friends? 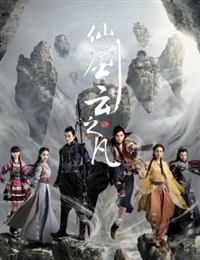