Other name: Where Did You Go That Summer?

The story revolves around Ah Ying, a young girl who was kidnapped and declared missing for over a decade. She suddenly returns to her family after 12 years, and older sister Ning Jing soon discovers that something is wrong with Ah Ying. It turns out Ah Ying has been carrying out crimes on the orders of her abductor, and Ning Jing employs the help of friendly police officer to unravel her younger sister’s conspiracy. 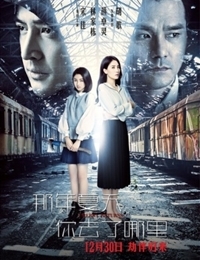