Other name: Boarding House No. 24

Six young people with different personalities and different backgrounds move into a boarding house together. What they don't realize is that it's not mere coincidence they're new roommates: it's all the owner's doing. A bachelor and a playboy, the owner recently discovers that he has a child who's about 24 years old and born in the late summer. Curious as to who his child is, he brings these six young strangers together to find him/her. 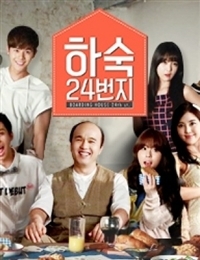