Other name: Partners By Blood

A rookie detective, Sahara Natsuki (Sato), is assigned to the Investigation division of Ginza police station, and there, he has a reunion with his father and veteran detective,Akimura Shimao (Watabe Atsuro), who he has become estranged from after his parents' divorce. They happen to become partners with each other, and while opposing his father, Natsuki begins to learns more about how to be a detective from his father. 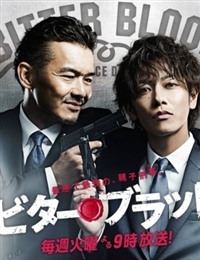