Set in the year 1868, Imperial statesman Katsu Kaishuu attempts to avoid a futile conflict with Shogunate forces by sending a message to the highly influential samurai Saigou Takamori. One day, Katsu crosses paths with a high school student named Masaya and a history teacher named Mikako who have slipped back in time from the future. Mikako is attempting to find two other students, Eri and Shintaro, who may have also slipped back in time ahead of them. As Katsu worries about having not received a reply from Saigou, Mikako assures him that the peace talks will indeed be successful and war will not take place in Edo. However, even though Mikako knows exactly what should happen due to her knowledge of history, events begin to take an unexpected turn. 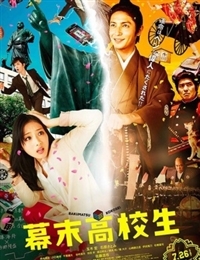