The story is set in Hiroshima where powerful delinquent groups are crowded together, and it depicts the intense youth of the delinquents. In the drama, Nakajima will play as the leader of a delinquent group “Gokurakuchou”, named Kiriki Tsukasa. He has a strong sense of justice, and honest person, but once he loses his temper, he exerts unbelievable strength. Also, Kis-My-Ft2′s Nikaido Takashi will be making an appearance as Danno Hidenori, the leader of the top group of gangs in Hiroshima, called “Beast” while A.B.C-Z‘s Hashimoto Ryosuke will play as Hiro, the leader of “Hiroshima Nights” that is the opposing group to “Gokurakuchou.” Reportedly, many of Johnny’s Jr. members will appearing in the drama as well. 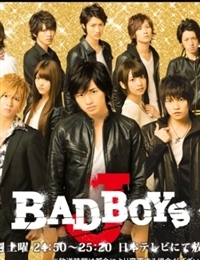