Orphan Azumi is brought up in war-torn feudal Japan as an assassin. She is trained by Master G along with 10 of her fellow orphaned male assassins to kill two rival warlords - this is for the purpose of bringing peace to the nation. After completing their training, Master G has one final test for the 10 assassins. The 10 assassins are to pair off with each other and have one final battle to the death, leaving only 5 assassins. With their mission set, Azumi and the other surviving assassins journey out to decapitate the rival warlords. 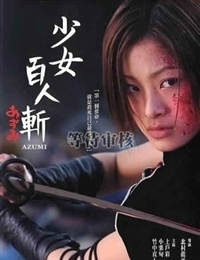