Lee Dong-jin and Yoo Eun-ho got divorced 2 years ago, but somehow they keep meeting each other for some odd reason. Even after they've gotten a divorce, they keep meeting up at the donut shop where they used to date to keep check on each other's love life. They sustain their relationship through making various excuses to meet such as marriage and divorce anniversary. However, unlike other young couples who get easily married and divorced, these two really love each other. Nonetheless, others can't seem to leave them alone in their appeal as singles. Even though they love each other, in their pride, they end up introducing someone else to each other... 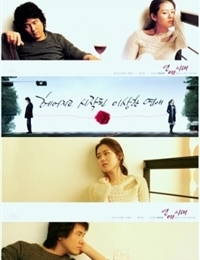