Other name: I Love You, But I Have A Secret, Even Though I Love

Legal apprentice Okumori Rei is on the verge of getting married when he is cornered by someone due to a past secret. Eight years ago, during the summer when Rei was a third-year junior high school student, he killed his father Kosuke and made it look like he went missing in order to protect his mother Akiko from domestic violence. This became the secret between him and his mother. Rei aspired tobe a lawyer and had lived without getting deeply involved with anyone. That was until he met Tachibana Saya at law school. She is like a sudden light that illuminates his dark life and the two of them soon fell in love. However, right after Rei’s marriage to Saya is decided, he starts receiving ominous messages from someone who knows his secret.(source: jdramas.wordpress.com) 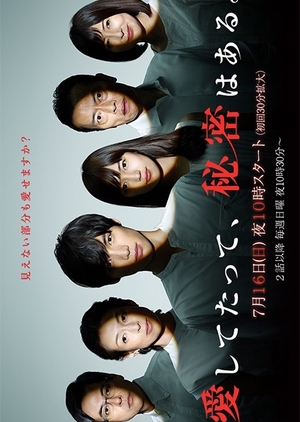