This Hong sisters drama is a reinterpretation of classic chinese novel “Journey to the West” into the present days with a romantic-fantasy twist. The story depicts the journey of seeking true light in the dark world of 2017 where the evil gods are widespread. In 2017, Son Oh Gong (Lee Seung Ki) and King Wooma (Cha Seung Won) are in conflict with each other and they look for a true light in a dark world where evils exists everywhere. 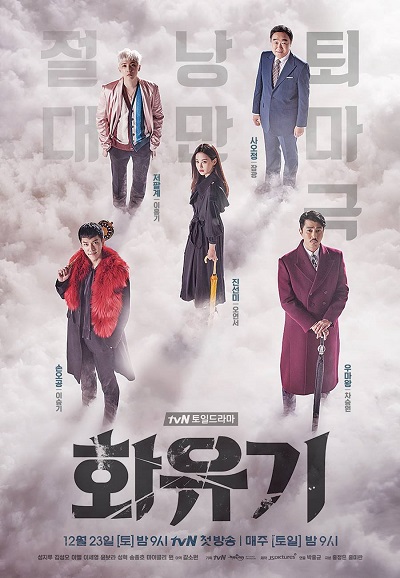