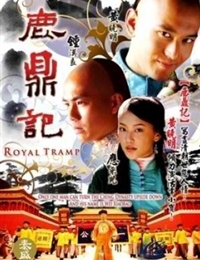 Ting Man (born June 20, 1983 in Taipei, Taiwan), better known as Cherrie Ying or Ying Choi-yi, is a Hong Kong actress. She moved to New York City at a young age, and later moved to Hong Kong. Her nickname is "Dingding" (丁丁), and she is often credited under the name Cherrie In.
After making her film debut in Fulltime Killer, she caught the attention of Charles Heung's wife, Tiffany Chen, and was signed to a contract with China Star Entertainment Group. Since then, Ying has been working consistently as an actress and continues to gain popularity in the Hong Kong cinema scene.
Ying married actor and singer Jordan Chan on February 14, 2010 (Valentine's Day). The couple held their wedding at The Little White Wedding Chapel in Las Vegas at 12:30pm. They plan to have their wedding reception in Hong Kong.
[Wikipedia]