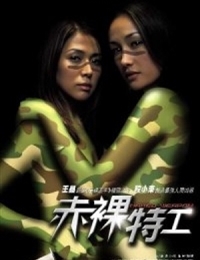 Anya Wu was born on February 17th, in 1976 in Taiwan. She moved to the United States, together with her family, by the age of 6. She was raised in New York City and was discovered by a record company to become a singer back in Taiwan. While she was in Taiwan and preparing for her album release, Anya, became the first girl DJ in Taiwan clubs. She caught alot of media attention, even media from Hong Kong. With so much public attention, her interview in a magazine caught the eye of Director Jingle Ma, who then convinced Golden Harvest, a film production, distribution and exhibition company to relocate her to Hong Kong and sign her. Unfortunately, by the time they found her, he had already started "Moi Moi Cha", the movie in which he had wanted her for. So her debut film became Born To Be King, the final installment of the Young & Dangerous series,as Jordan Chan's wife, Nanako. Relocating to Hong Kong, Anya's profile has increased swiftly with Golden Harvest's support. She has since had larger roles in several of the studio's post-millenium efforts. Being fluent in Chinese as well as English, her current works are on co-productions with China and foreign production companies.