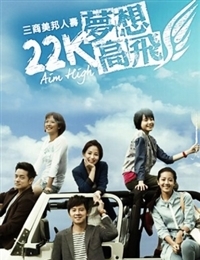 Chris Wang Yu Sheng (Chinese: 宥勝; pinyin: Yu Sheng) was born on June 9, 1982 in Taipei Taiwan. He is a Taiwanese actor, model, singer and writer. His stage name is the first and middle word of his real name Yu Sheng, he does not use his surname Wang. He uses Chris Wang when referred to his western name. He previously went by the stage name Wang Yu Xiang 王郁翔. He speaks Mandarin, English, and Taiwanese (Hokkien). He enjoys cycling, traveling, reading, watching movies, and water sports. He got his start in show business when hosting the popular Taiwanese travel show "The King of Adventure" on cable channel SETTV.[1] He is under YiJia Entertainment 怡佳娛樂經紀 management company.
Chris Wang is a Taiwanese actor and TV host. His height is 5'10" (178cm). He attended New Taipei Municipal Yongping High School 台北縣立永平高中. He has a degree in finance from National Central University 國立中央大學 . During college, he took a job in Australia for the summer and biked across the desert. After he returned to Taiwan, he saw the international-travel show "The King of Adventure" was looking for a new host, and recommended himself at the show's blog site. The show's producers were impressed by him and he became the show's fourth host in 2008. Interestingly, when Chris had first seen the show on TV a few years before, he had shouted at his friends that he wanted to host the show someday.
He started acting in TV drama series with a role in "Lucky Days: Second Time Around", 2010's "I Love You" and then "P.S. Man". His fame rose as one of the male leads on the record-setting drama, in 2010 "The Fierce Wife", and its movie sequel, 2012 "The Fierce Wife Final Episode". He followed up with leading roles in shows such as 2011's "They Are Flying", "Inborn Pair", and 2012 "Love Me or Leave Me".
Aside from winning awards for hosting The King of Adventure, his success in dramatic roles has proven him to be a rising actor with great potential and international appeal. Chris has also released a music album in 2013 and published several books.[2]