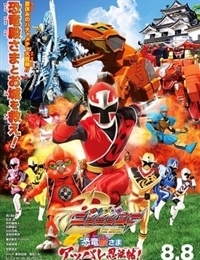 Megumi han is a voice actress as well as an actress. She debuted in the movie "Sakura no Sono"/
She started her voice acting career as Gon Freecss in "Hunter x Hunter" in 2011. Her other roles are Sumire Hanano in "Chihayafuru", Rio Kamishiro in "Yu-Gi-OH! Zexal II" and Airu Suzaki in "Digimon Xros Wars: Toki o Kakeru Shonen Hunter-Tachi".
Her hobbies are singing songs, dance, scuba diving, manga and illustration. She is the daughter of Han Keiko, famous voice actress and author.