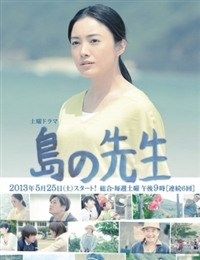 Fujimoto Takahiro, born July 21, 1970 in Kitakyushu, Fukuoka Prefecture, Japan, is a Japanese actor and a retired male medley swimmer, who represented his native country in two consecutive Summer Olympics, starting in 1988. His best Olympic result was the 8th place (4:23.86) in the Men's 400m Individual Medley event at the 1992 Summer Olympics. He started his acting career with a stageplay by William Shakespeare's "The Merchant of Venice" in 1997. He has tried various kinds of roles in over 30 stageplays including "Cats", "Elisabeth", "How to Succeed", "A Kiss of a Spider Woman" ever since. He made his first screen appearance in a film "Otoko tachi no Yamato" in 2005. Besides acting, he is expanding his career as a commentator for sports TV programs such as "NBA Play-offs 2010" (J Sports) and "XII FINA World Championships” in Melbourne 2007 & Rome 2009 (BS-Asahi).as well as writing column for major papers and magazines. From the year of 2009 to 2011, he is expected to appear in historical TV series by NHK, "Saka no ue no Kumo (Clouds Above The Slope)” the biggest budget project that NHK has ever made. In the drama, Fujimoto plays one of the main characters , Takeo Hirose, a legendary commander of the Imperial Japanese Navy who actually exsisted in early 1900.