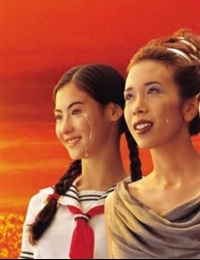 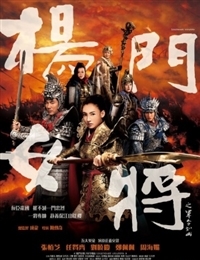 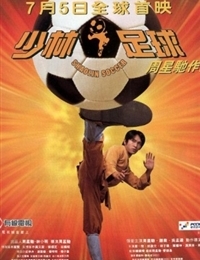 Cecilia Cheung (Cecilia Cheung Pak-Chi) was born in Hong Kong to a Cantonese father and a half Cantonese-half British mother. Her parents divorced when she was little after which she was sent to Australia for studies. She graduated from RMIT Holmes College.
Her career began in 1998, when she was offered to appear in a TV commercial advertising lemon tea. She caught the attention of Stephen Chow after shooting the ad. Later, Cheung made her film debut as a young nightclub hostess in Stephen Chow's King of Comedy (1999), followed soon after by Fly Me to Polaris (1999). The latter role earned her the award for Best Newcomer at the Hong Kong Film Awards. In the same year, Cheung launched her singing career with her first Cantopop album Any Weather (1999).
For Derek Yee's romantic drama Lost in Time (2003), Cheung won the award for Best Actress at the 2004 Hong Kong Film Awards. She played a young woman who lost her fiancé to a traffic accident which left her as a grieving single mother struggling to make ends meet.
Spouse
Nicholas Tse (18 September 2006 - present) (divorced) 2 children
Trivia
Crushed part of her vertebra during a stunt-gone-wrong for an event in a charity concert, and nearly snapped her spinal cord in the beginning of 2002.
Posed for renowned Singaporean photographer Leslie Kee for Kee's 2006 charity photo-book "Super Stars", dedicated to the victims of the 2004 Asian tsunami disaster, which consists of photographs (mostly erotic) of 300 Asian celebrities by Kee.
Prior to her marriage, was in a relationship with Edison Chen through which they became involved in the infamous sex photograph scandal early in 2008, when these photograph was leaked out on the internet.
She has two sons with former husband Nicholas Tse, Lucas (born August 2 2007) and Quintus (born May 12 2010).
Biography By: New York Asian films org