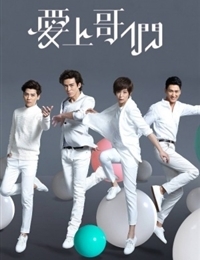 Bii (Real name: Bi Shu Jin) is a Taiwanese singer. Bii was born and raised in South Korea. His father is Taiwanese and his mother is Korean; at the time of his birth, South Korean nationality law did not allow women married to foreigners to transmit their nationality to their children, so he only held Republic of China nationality. His life in South Korea was tough as he did not qualify for a national identity card. He could not afford any health insurance and he had to pay higher tuition fees than his peers. Bii was always interested in music. In his high school band, he was the lead singer. Later he went to Dongguan, China to find his father (where he worked) and to pursue a musical career. The name "Bii" stands for "Be I, I", indicating his dual personas. He served his mandatory military service in Taiwan between November 2011 and November 2012. On July 9, 2010, Bii released his first EP which was titled "Bii". This EP contained 4 songs, 1 in Korean and the remaining 3 in Mandarin. On October 6, 2010, Bii released his first album, "Bii Story" which is sung in both Korean and Mandarin. Several of his songs were featured in "Zhong Wu Yan", a Taiwanese drama.